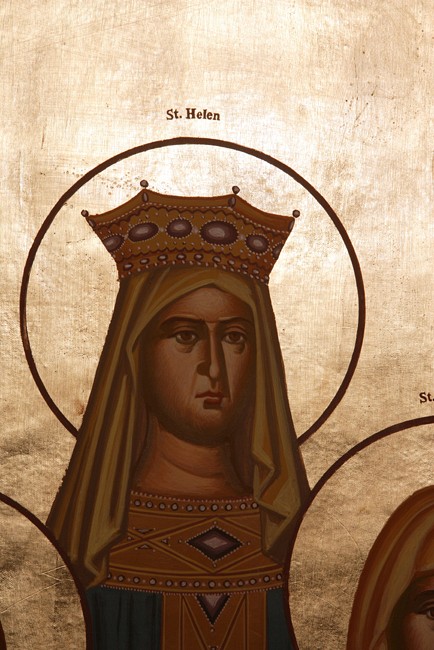 St. Helen, Equal to the Apostles, lived in the late 3rd century in Constantinople (modern day Istanbul). She was the mother of the Emperor St. Constantine the Great and may have influenced him to issue the Edict of Milan in 313 A. D. guaranteeing religious tolerance for Christians. The Emperor deeply revered the Sign of the Cross of the Lord, under which sign he was victorious in battle, and also wanted to find the actual Cross upon which our Lord Jesus Christ was crucified. For this purpose he sent his own mother, the holy Empress Helen, to Jerusalem, granting her both power and money. Patriarch Macarius of Jerusalem and St. Helen began the search, and through the will of God, the Life-Creating Cross was miraculously discovered in 326. She gave it to the Patriarch for safe-keeping and took part of it to the Emperor. In Palestine, she fed the needy and built churches at the holy places, including the Church of the Holy Sepulcher, built over Christ’s tomb. She died at age 80 in 327 A.D. at Constantinople. St. Helen is commemorated on May 21.