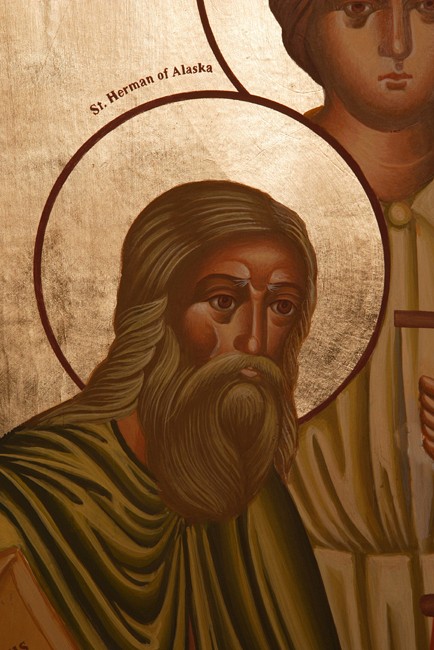 St. Herman of Alaska, Wonderworker of All America was among the 10 monks of the Valaam Monastery, who in 1793 brought the word of God to natives in Alaska. Thousands were saved. For more than 40 years until his death, he lived on Spruce Island, which he called New Valaam. St. Herman defended those in need and difficulties, built a school to help the moral growth of the Aleuts and reestablished understanding in families and between husbands and wives. St. Herman never spoke about anything frivolous and people were captivated by his conversation. One of his famous sayings is, “From this day, from this hour, from this minute, let us love God above all.” His death at 81 years of age was blessed, quietly bowing his head with the cell being filled with a pleasant smelling odor and his face glowing. Because they waited for sufficient weather for others to come from the mainland to his funeral, he was not buried for a month. Nevertheless, his face did not undergo any change at all, and not the slightest odor emanated from his body. He was canonized in 1970. St. Herman is commemorated on August 9.